< Back to previous page 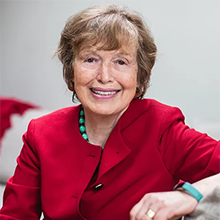 Dr. Margaret Casey  graduated from the Dalhousie Faculty of Medicine in 1968.  In 1972, she began to work at  the North End Clinic as it was then known, which had been established in Halifax the preceding year.  Over the next 25 years, she was able to be part of the evolution of the Clinic towards its current wide-ranging role as a Community Health Centre.

In 1990, she became a member of the admissions committee at the Faculty of Medicine and was then Chair.  From 1995 to 2001 she  was Director of Admissions  and during that time, was a member of a number of committees related to medical education and recruitment.

In addition to locum tenens work,  she was a tutor in the undergraduate medical education program at the Dalhousie Faculty of Medicine from 2001 to 2010.  For a number of years she has  been a tutor in the International  Medical Graduates Bridging Program at the Immigrant Services Association of Nova Scotia.

Over many years she has been a member of a number of community boards such as the Halifax Children's Aid Society, the United Way Healthy Living Council, Nova Scotia Community Foundation, North Central Community Council  Association and from 2008 to 2014 was Chair of the North End Community Health Centre Board.  In recent years she has been on the Board of the Brunswick Street Mission and represents the Section of Senior and Retired Doctors of Doctors NS on the Seniors Advisory Council.